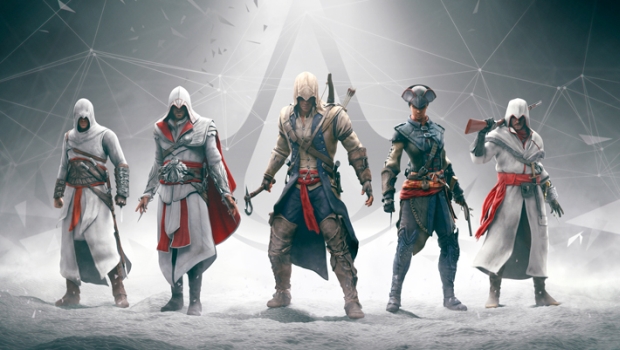 The year is 1765. While the seeds of the American Revolution are being sewn in Boston and New York, Spanish forces in the South plot to seize control of Louisiana for the Templars, threatening to forever shift the balance of power in the New World. As Templars secretly take hold of the slave trade in New Orleans, Aveline de Grandpré, an assassin of mixed French and African heritage, stands ready to defend her people. She soon finds herself on an unforgettable journey that will take her from the crowded streets of New Orleans to voodoo-haunted swamps and ancient Mayan ruins. Whether eliminating her enemies with new assassination skills or luring them into cunning traps, Aveline strikes mortal fear into the hearts of those who would stand against freedom.

In Assassin’s Creed Pirates, players will explore the Caribbean during the Golden Age of Piracy as Alonzo Batilla, a young and ambitious captain. Manage your crew, upgrade your ship, recruit new crew members and engage in massive real-time naval battles to become the most feared pirate in the Caribbean. Along the way, players will cross paths with Assassins and Templars, as well as famous historical figures including Blackbeard, Bellamy, and Hornigold.

Ubisoft Paris is developing a brand new mobile engine to bring groundbreaking 3D visuals to smartphones and tablets. As players sail the breathtaking moving waters and discover lush islands, they must keep a watchful eye for the wind cycle and the changing weather conditions that will directly impact gameplay.

Both are slated for release this Fall.  We’ll keep you posted as we move closer to release, but in the mean time, enjoy the videos!