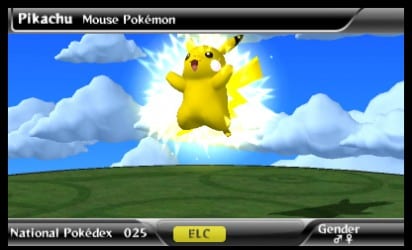 Two downloadable Pokemon games, Pokemon Dream Radar and Pokedex 3D Pro, will be released for the 3DS this Fall. Both titles are related to the upcoming Pokemon Black Version 2 and Pokemon White Version 2. Pokemon Dream Radar will use the 3Ds camera and augmented reality technology to allow players to catch Pokemon, which can then be transferred to their copy of Black Version 2 or White Version 2. Pokedex 3D Pro is a Pokedex including all of the Pokemon from the upcoming games, allowing players to look up Pokemon they haven’t found yet. Scott Moffitt, Nintendo of America’s executive vice president of Sales and Marketing, said this:

2012 is shaping up to be a great year for fans of Pokémon video games. Not only can players look forward to a successor to one of the biggest Pokémon adventures ever, they can also enjoy two other titles that add to the Pokémon Black Version 2 and Pokémon White Version 2 experience, helping to expand their enjoyment when playing on Nintendo 3DS.

Pokemon Black Version 2 and Pokemon White Version 2 pick up right where the last games left off in the Unova region and include two new legendary Pokemon, Black Kyurem and White Kyurem.