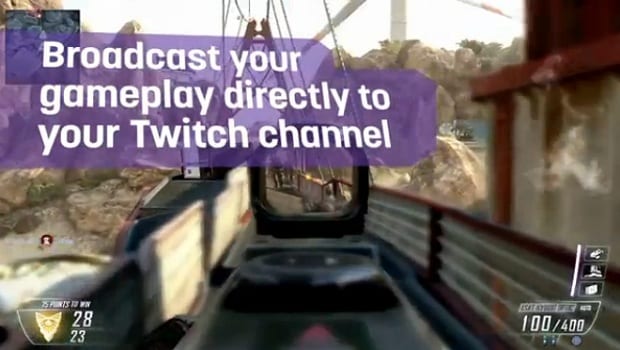 The Call of Duty series and other titles have long tried to integrate gameplay recording features to allow players to record and share their best in-game moments. After all, what’s the point of nailing a 360 no-scope headshot if you can’t prove it to your friends later? Well Twitch.tv, the popular gaming video hub, is looking to make sure your friends never miss your best kills again. They announced today that a new partnership with Activision will allow Black Ops II players to stream their gameplay directly to their Twitch channel with no extra hardware or software needed. From the announcement:

We hope you agree that it’s been worth the wait, as Twitch in-game broadcasting supports a number of fantastic features:

The new in-game broadcasting feature goes live today for 360 gamers, and will be coming soon to PC and PS3. The following tutorial video, showing how to set up your Black Ops II broadcast on Twitch.tv, accompanied the announcement.