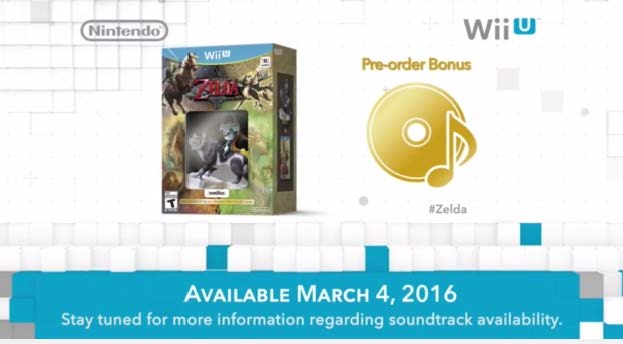 Nintendo has announced that The Legend of Zelda: Twilight Princess HD will be coming to Wii U on March 4th.

The remaster will also be launched alongside a Wolf Link amiibo figure that will be bundled with the game. During today’s Nintendo Direct, it was confirmed that the Wolf Link figure will be compatible with Zelda Wii U, which is also coming in 2016. Those who pre-order the bundle will also get Twilight Princess’ CD soundtrack.