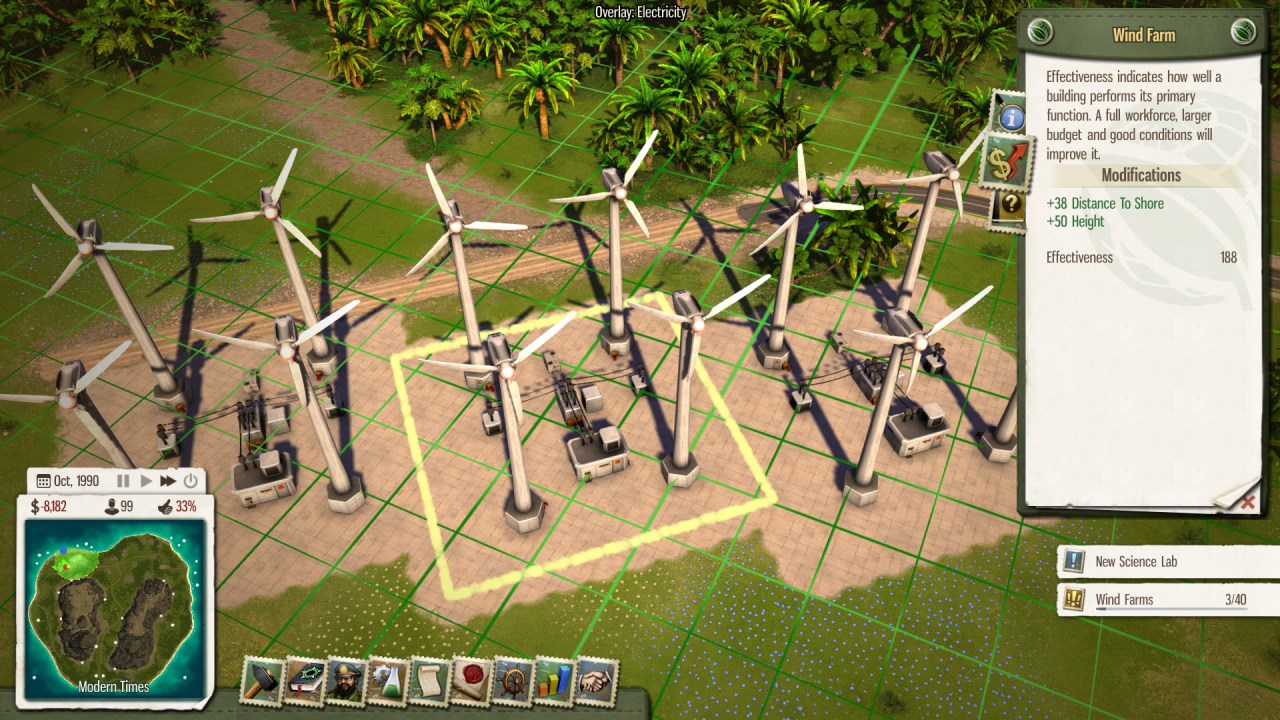 El Presidente is wanting some more action as Kalypso announced they will be releasing a new piece of DLC for Tropico 5 today.

The premise for this new DLC, entitled “Gone Green,” is that El Presidente must go green in order to save his Swiss Bank account. This opens up the possibilities of being able to build one hundred percent eco-friendly wind farms to appease the citizens of Tropico.

This new pack will also bring about a new scenario, new music track, as well as a brand new sandbox island. The island will be called “Isabella.”

Update: According to Alex Ryan, head of PR and Marketing for Kalypso Media, the Xbox 360 version will come eventually, though there is no solid date.