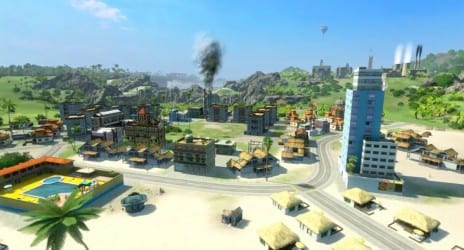 Tropico 4: Modern Times, the expansion pack for the popular strategic simulation game Tropico 4, is now available for download on both PC and Xbox 360. Although the expansion pack requires the original game to play, it promises to offer players a completely different experience. The island world of Tropico is transported to the modern era, allowing players to cope with problems such as the global financial crisis, space exploration, and internet freedom. To do this, Tropico 4: Modern Times adds a new campaign story and plenty of fresh content including modern building and edicts.

PC players have been lucky enough to have access to the expansion pack via digital download since last week, but it didn’t show up on XBLA until today. Regardless of your preferred platform, Tropico 4: Modern Times should provide an entirely new set of gameplay possibilities to fans of the series.