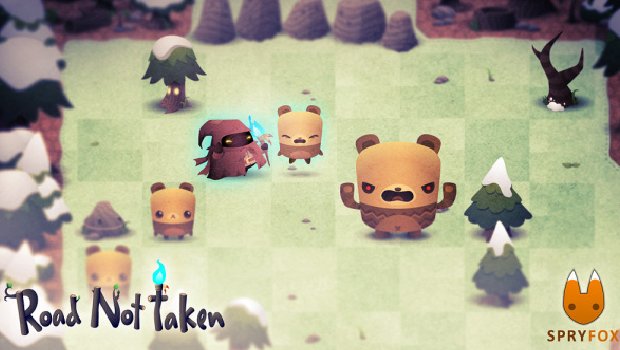 Triple Town creator Spryfox, which has possibly the most adorable team icon in all of indie games, has announced the development of “puzzle roguelike” Road Not Taken for the PS3, Vita and Steam. Details about the gameplay are a bit thin right now, and part of that is purposeful – the announcement notes that while players may die many, many times, the whole thing is meant to be a learning experience. Dying repeatedly, but learning from every death? That’s a roguelike attitude if ever I heard one – and Triple Town happened to be one of the most refreshing takes on the slide-and-match puzzle genre, definitely worth a look if you’re a fan of that sort of game and haven’t checked it out yet, or if the concept of ninja bears just happens to entice you.

The gaming highlights as Spryfox presents them are as follows:

Sounds like my kind of game. You can tentatively look forward to this one in early 2014 for the PS3, Steam and Vita.