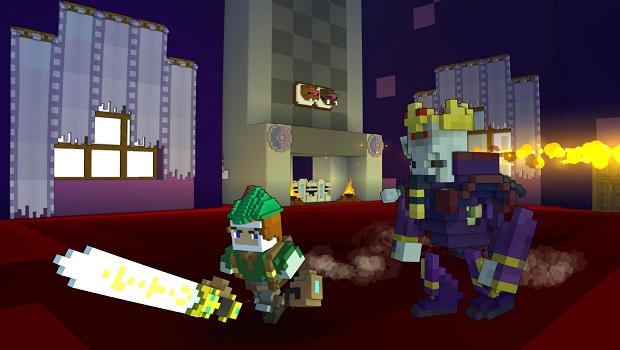 Trion Worlds recently announced that its MMO Trove will make its official debut for Xbox One and PlayStation 4 on March 14. The online game has reached more than 3 million players since its open beta period, and current players will receive extra items when the game gets out of its beta state.

“As Trion’s first next-gen console title, Trove is already dominating the Free to Play charts, with official launch still a couple of weeks away,” said Scott Hartsman, CEO of Trion Worlds. “We’ve always believed that Trove could be the ideal MMO experience on consoles, and we’re thrilled to see so many Xbox One and PlayStation 4 players jumping into the game.

To celebrate its upcoming official release, Trion Worlds is offering free mounts to players that download the game, and those who make an in-game purchase will have access to the legendary dragon Disaeon the Immortal.

Trove is currently available as a beta build for Xbox One and PlayStation 4. The official release is slated for March 14.