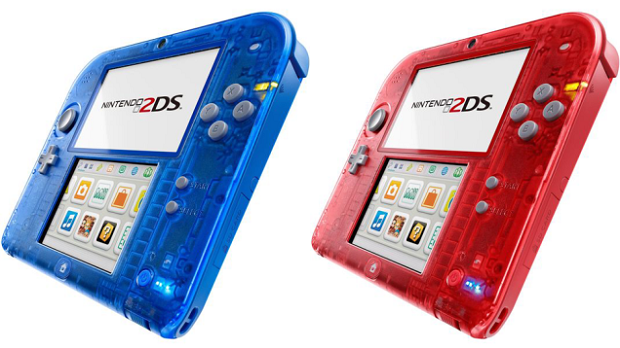 Nintendo has revealed a pair of new designs for the 2DS handheld.

Transparent Blue and Red 2DS handhelds will be launching in the UK on November 7th. There’s currently no word on if they will ever make their way out of the territory.

According to Eurogamer, the transparent 2DS’s are meant to commemorate the release of Pokemon Omega Ruby and Alpha Sapphire in November. Following the release of the games, bundles featuring both games and their respective colored handheld will also be released. Each bundle will contain the bundled game pre-installed on a 4GB memory card.

Recently, Nintendo revealed a plethora of new Mega Evolutions that will debut in the Ruby and Sapphire remakes. The latest to be shown off were Sharpedo, Camerupt and Gallade.