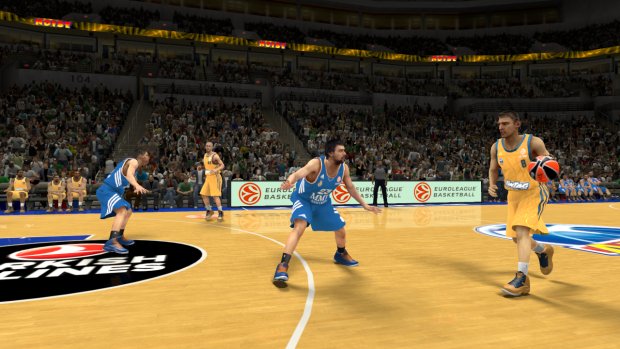 As a lover of sports and the video game franchises they hold, I find it fascinating to see what new things each series introduces to try and lure in more suitors. 2K Sports seems to be going after the European market as today they announced their plan to have the top teams from the Turkish Airlines Euroleague in their widely beloved NBA 2K franchise. Now I love NBA basketball, I follow it very closely, but I’d be lying if I said I knew one thing about the European basketball leagues.

This will mark the first time Euroleague teams have appeared in the critically acclaimed NBA 2K series.  Fourteen teams in total will be integrated as playable teams in NBA 2K14, allowing fans of European basketball to pit their local teams against the biggest teams from the NBA.

The fourteen teams to be included in NBA 2K14 are:

This is where I rely on you, dear readers, how does this announcement affect you? I’m legitimately curious to know what this news means to our Eurpoean readers. Does this make NBA 2K more intriguing now that you can pit Real Madrid vs. the LA Lakers?

NBA 2K14 is coming out on October 1st, October 4th internationally, for the Xbox 360 and PS3. Xbox One and PS4 versions will be coming “later this year.”