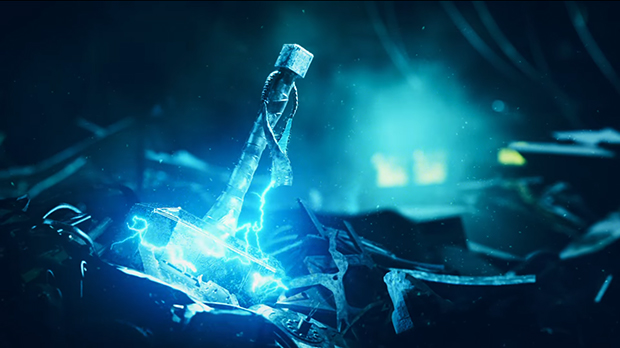 The Avengers are assembling, but this time, they’ll abandon their Lego streets for… well, we don’t really know.

Crystal Dynamics, the studio responsible for the Tomb Raider series, just began development on an Avengers game, simply being referred to as “The Avengers Project,” publisher Square Enix announced Thursday.

The announcement came in the form of a cryptic teaser trailer which suggests the appearance of at least four Avengers: Iron Man, Hulk, Thor and Captain America. But aside from these snippets of imagery, much of the studio’s project is still unknown.

You can watch the trailer below:

According to an FAQ on the Square Enix forums, the game is projected to launch on consoles and PC and will feature an original story separate from the Marvel Cinematic Universe. The studio also confirmed that The Avengers Project is not the game’s working title.

Is it co-op? Is it single player? Is it an MMO?

In the FAQ, Crystal says that the game will “introduce a universe gamers can play in for years to come.” This could indicate an online experience or perhaps a Marvel Video Game Universe, but we can only speculate at this point.

We do know that developer Eidos Montréal, which assisted in the development of Tomb Raider’s multiplayer mode, among other tasks, will be on the project as well, but considering Crystal Dynamics’ penchant for creating blockbuster single-player experiences, it’s hard to imagine the studio abandoning its pedigree completely for something like an MMO.

According to the FAQ, both Crystal Dynamics and Eidos Montréal will continue working on their flagship series, Tomb Raider and Deus Ex, respectively.

This won’t be the first major change at Crystal Dynamics, either. Tomb Raider’s art director left the studio back in January 2016, and more recently, one of the series’ lead writers followed suit, IGN reports.

Are you excited to see Crystal Dynamics’ take on The Avengers? What type of experience do you hope they’re cooking up? Let us know in the comments.