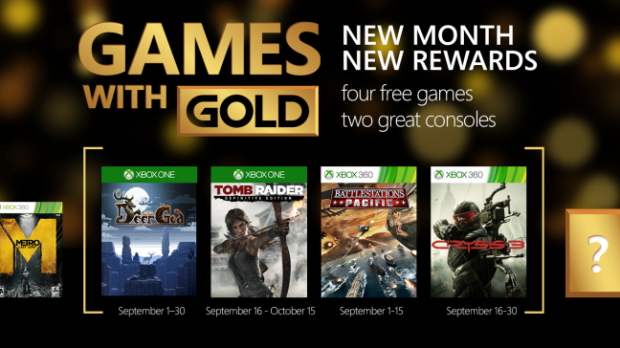 Just in time for Rise of the Tomb Raider, Tomb Raider: Definitive Edition will be available for Xbox Live Gold subscribers during the month of September.

The Tomb Raider reboot’s remaster will be free as part of Games with Gold from September 15th to October 16th for Xbox One users, which will give fans a chance to catch up before Rise of the Tomb Raider launches on November 10th. The Deer God will also be free for the entirety of September on Xbox One. Xbox 360 players will be able to download Battlestations Pacific from the first of September to the 15th, followed by Crysis 3 for the rest of the month.

As these games become free, August’s offerings will revert to paid status, so get those downloaded while you still can.