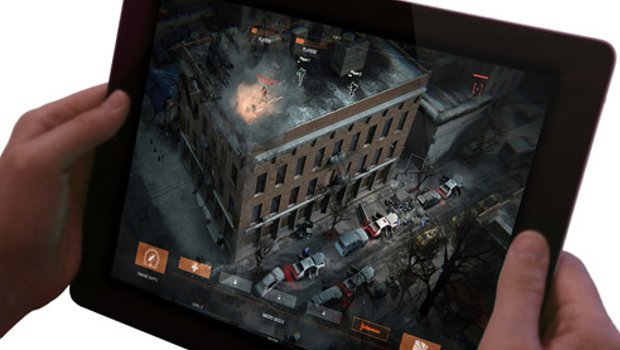 The tablet and cell phone gaming revolution continues. We’ve already shared some details about Tom Clancy’s The Division, but a little more digging has unearthed something that should interest iOS and Android players as well. While debuting first and foremost on next-gen consoles, the game will also support tablet gameplay as well – allowing players to enter online matches as drones to provide some additional logistical and attack support for their allies. Hearing about this kind of cross-platform gameplay strikes something Pavlovian in me, making my eyes light up and my mouth start salivating. You can see a sample of this from the console gamer’s perspective in the included trailer – roundabout 3:30-4:00 minutes into the action, keep your eyes on the sky.

I’ll admit that there’s a part of me that’s a little leery about playing anything FPS-related on a tablet device – on their own, they just are poor substitutes for a controller, and certainly for a mouse/keyboard combo. But I can’t imagine the developers would pour effort into this experience if they didn’t think they found a way to make the gameplay a blast. Check it out.