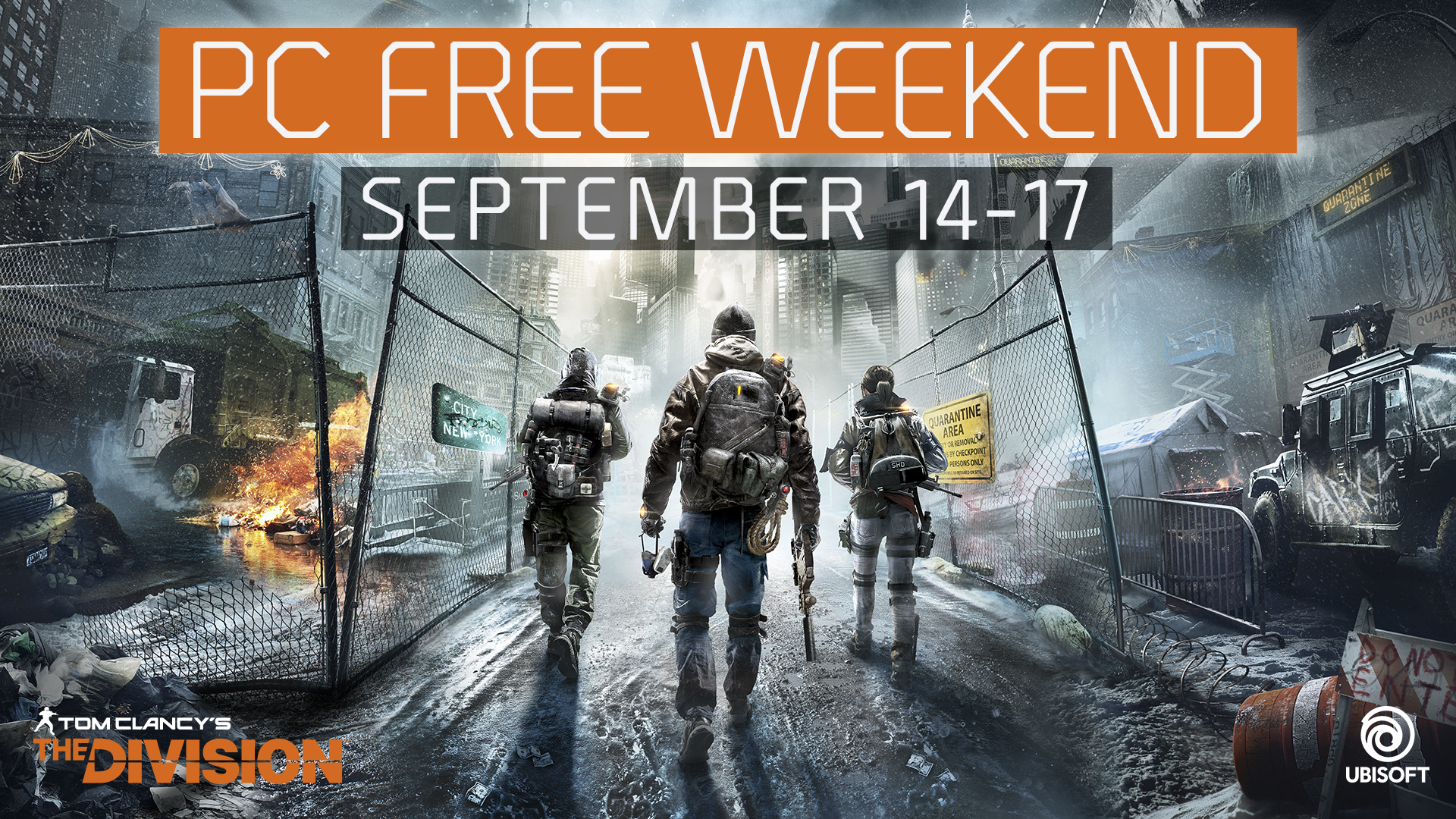 During this period, all players will have full access to the base game. This does not include the three DLC packs: Underground, Survival and Last Stand. However, the PC Standard and Gold Editions of the game will be discounted for any new players convinced that they would like to play past this free weekend.

For more information, or to register and pre-load the game, visit the free weekend webpage for Tom Clancy’s The Division. If the webpage has not yet changed from May to September’s free weekend, do not be discouraged, it will be updated before the dates listed above.

For all players, Update 1.8, “Resistance”, one of the two free updates planned for Year 2 of Tom Clancy’s The Division will be released sometime this fall.