Ubisoft wasn’t just showing off South Park and the Stick of Truth at VGX 2013, they also had an incredible look at the Snow Drop Engine that powers Tom Clancy’s The Division.  This title picked up a lot of nods from our team during E3, and it’s easy to see why.  This trailer shows off some of the elements the new engine is capable of pushing, but it also gives us another look at the environments in the game.   If you missed our coverage, here’s what Tom Clancy’s The Division is all about:

The Division takes place in New York three weeks after a lethal virus, released on Black Friday, has swept through the city. One by one, basic services have failed. Society has collapsed into chaos. The President invokes Presidential Directive 51, and The Division, a top-secret unit of self-supporting tactical agents, is activated. Leading seemingly ordinary lives, Division agents are trained to operate independently of command in this type of emergency situation. When the lights go out, their mission begins.

In a Tom Clancy universe dedicated to realism, players can explore the once-familiar streets and landmarks of the Big Apple, now decimated by looting and overrun by clans that will do anything to survive. From Central Park to the subway to the Statue of Liberty, nowhere is safe. Discover a persistent, online, open-world New York where exploration, combat, and RPG player-progression are essential.

This is one Doomsday scenario that I’ve not seen covered before, and it should make for an interesting take on the open-world genre.  We’ve also got some great new screens to share.  Look for more info as we get it.

Tom Clancy’s The Division is slated for 2014 on Xbox One, PlayStation 4, and PC. 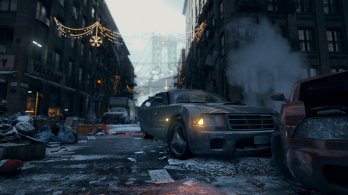 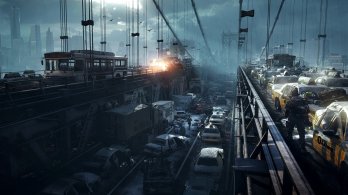 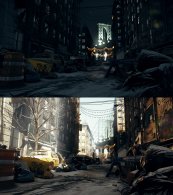 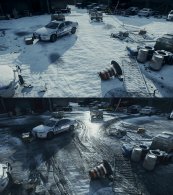