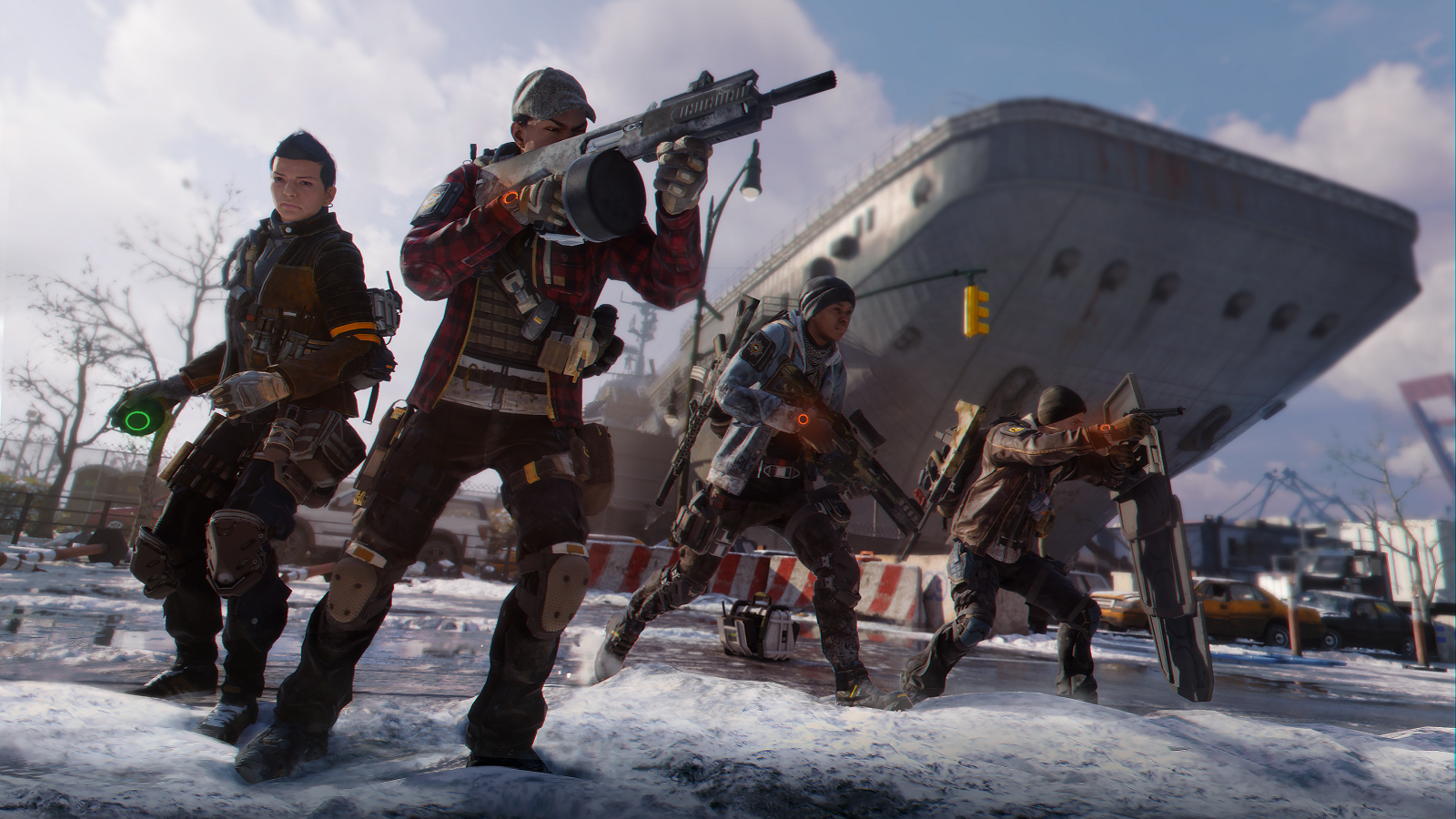 If you’re still storming The Division with your crew, Ubisoft has announced a new update that will launch simultaneously on PlayStation 4, Xbox One, and PC tomorrow. The new update will come with a new game map with a couple game modes; in addition, a free weekend has been announced for December 7-10.

Update 1.8 “Resistance” is the largest free update thus far for Tom Clancy’s The Division and expands the game map with a new area accessible to all players: West Side Pier. In addition to the variety of open world activities available across the whole map, West Side Pier will be home to two new game modes:

Additionally, Update 1.8 “Resistance” will include a new social hub, improvements to the Underground DLC, a revamp of the rogue mechanics, as well as an optimization of the gear system letting players improve the stats of their favorite equipment.

To celebrate the release of the 1.8 “Resistance” update, Tom Clancy’s The Division will offer a free DLC week as well as a free weekend:

From December 5-10, all The Division players will get free, unlimited access to all three expansions included in Tom Clancy’s The Division’s Season Pass offer, including Underground, Survival and Last Stand. This free period will be available across all available platforms and accessible to free weekend players.

From December 7-10, the full game will be accessible to new players on all available platforms. The current free trial offer, which gives players full access to the main game until they reach level 8 or complete six hours of playtime, will be on hiatus during the free weekend but reinstated once the free weekend promotion ends. Players who have downloaded the free trial before December 7 will see trial restrictions lifted until the end of the free weekend.

Check out our review of The Division here, and stay tuned for more news here on Gaming Trend.