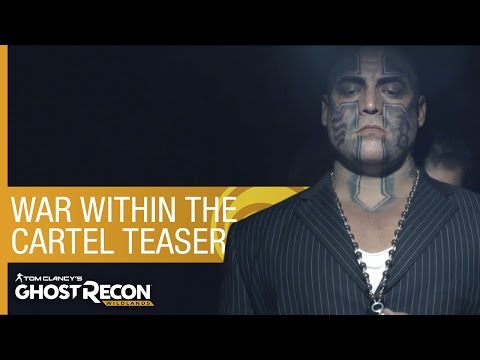 Ubisoft is teaming up with Amazon and Twitch to shoot a live-action video titled War Within the Cartel in anticipation of the upcoming open-world shooter, Tom Clancy’s Ghost Recon: Wildlands.

This new video will explain the inner workings of the infamous Santa Blanca cartel, the organization the Ghosts have been sent to dismantle. Going deep inside the dark underbelly of this group, War Within the Cartel will showcase the ruthless leadership of this gang as they try to expose a traitor from within. The events featured in the 30-minute video will lead up to the beginning of the game, culminating in the deployment of the elite Ghosts.

Directed by Avi Youbian and produced by Legion of Creatives, the short movie will feature Tip “T.I.” Harris in the role of a cartel member, Marcus. War Within the Cartel is scheduled to premiere on February 16, 2017. It will be streamed on Ubisoft’s Twitch channel (www.twitch.tv/Ubisoft) and will be immediately available on demand via Amazon Prime Video following the premiere.