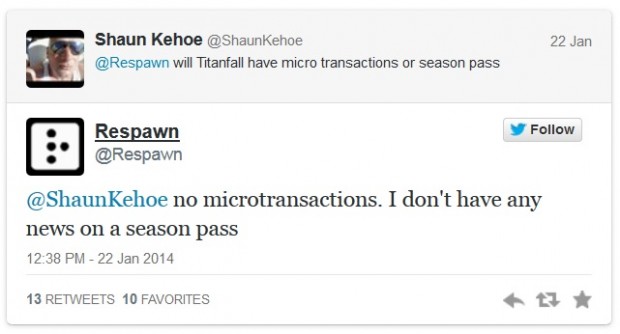 There has been a lot of debate about Microtransactions in gaming lately, and it’s not a surprise that people are concerned with the upcoming Titanfall.  Well, the team took to their official Twitter page to answer this question with a degree of certainty.   Titanfall will not have Microtransactions, but they also took a moment to state that they have no news for a Season Pass either.   It’s a tidbit, but in my opinion, it’s a good tidbit.

@ShaunKehoe no microtransactions. I don't have any news on a season pass