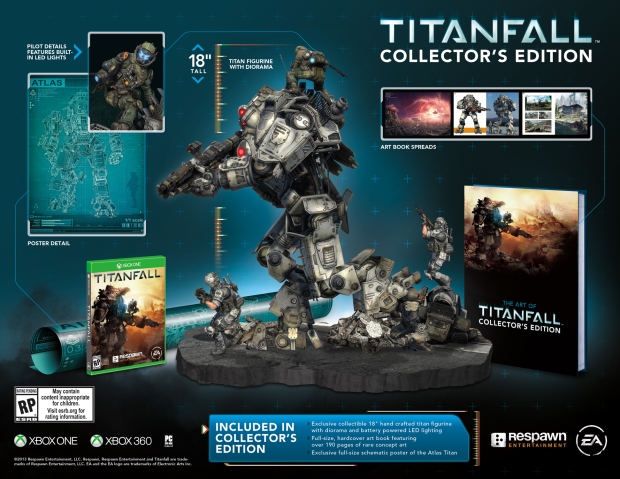 Respawn’s upcoming Titanfall has generated a ton of press and even more anticipation. Yesterday they went so far as to tease folks about a big news announcement today. As it turns out, it was for a release date and a collectors edition. Originally announced as an Xbox One, 360 and PC exclusive from Electronic Arts, it was slated for the nebulous “Xbox One launch window”.

Mark this down in your calendar: March 11, 2014 for North America (March 13 in Europe) will see the release of this exciting new shooter. If you want to buy the collectors edition, you might want to start saving those pennies – along with the game, it comes with an 18 inch LED lit diorama, art book, schematics poster and retails for $250 USD.