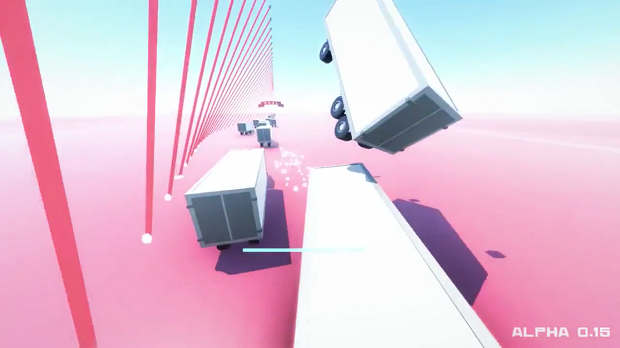 Clustertruck is a physics-based platformer that involves jumping across the tops of trucks. It was developed by indie studio Landfall Games, whose other fast-paced titles include Square Brawl and Air Brawl.

Described as chaotic and insane, Clustertruck is set to be released this fall. Those interested can sign up for the chance to be an alpha tester on the Landfall Games website.