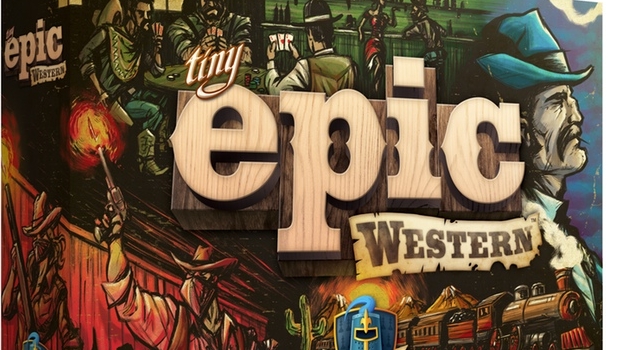 While Gamelyn Games has a few other games under their belts, they are probably best known for their Tiny Epic series.  Putting big experiences in small boxes seems to be their forte.  They aren’t locked to a particular theme as Kingdoms and Defenders used a medieval theme, while they shot for the stars with Galaxies.  Now they are moving into an entirely new direction with Tiny Epic Western.

This game features a Wagon Wheelgame setup that brings the Wild West right to your table. Double down in this boom-town that ain’t big enough for everyone, where, pistols come before politeness.

Tiny Epic Western is the follow up to the smash hit Tiny Epic Galaxies. It is design by Scott Almes and is being published by Gamelyn Games. It is currently funding on KICKSTARTER.

You can get the game for $18 plus shipping, which is a great deal.  Take a look at their Kickstarter page for more details.