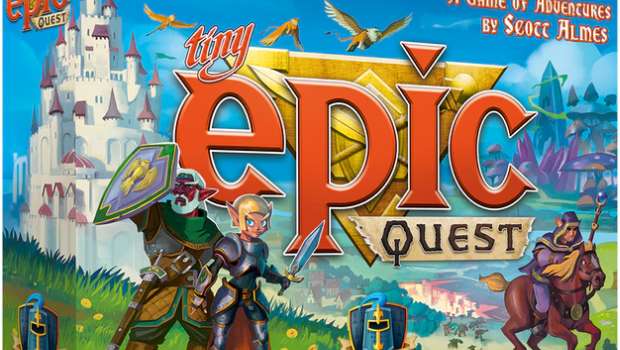 As my game collection gets larger, I have learned to appreciate games with a smaller footprint.  The Tiny Epic series all comes in the same size box but still has had compelling gameplay.  Today they have announced their latest game is out on Kickstarter, Tiny Epic Quest.

In Tiny Epic Quest, players embark on a sandbox adventure reminiscent of classic video games. Each player controls a band of three elf heroes questing to save the world and the sacred mushroom folk from the intruding goblins. Funding now on Kickstarter.

ITEMeeples™ will debut as part of our upcoming title Tiny Epic Quest launching on Kickstarter this Friday, October 28th. Don’t miss out, the more we fund, the more items we’ll be able to create!

It looks like it has some innovative gameplay and meeples which can hold accessories.  It doesn’t cost very much, and it’s already funded over ten times its goal.  Head over to the Kickstarter link and find out more.