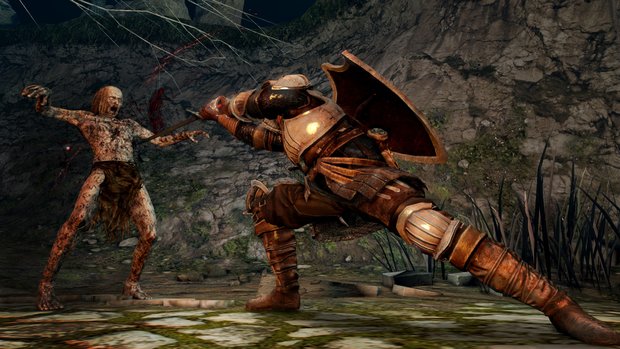 It is time to punish yourself some more as Bandai Namco has announced a trilogy of DLC installments coming to Dark Souls II.

The names and release dates of these installments go as follows:

These three new adventures will take you through multiple new environments, such as in the Sunken King where “where stepped pyramids span a vast underground cavern.” There is currently a season pass being offered for Steam players, no word on a pass for Xbox 360 and PS3 players.

“To say we are excited to unleash these three new chapters to Dark Souls II fans is an understatement.” said Chris Gilbert, Senior Vice President of Sales and Marketing at BANDAI NAMCO Games America Inc. “BANDAI NAMCO Games is very proud of the universal praise and enjoyment fans have both given and received from Dark Souls II. The Lost Crowns trilogy and more specifically the Crown of the Sunken King will kick-off what will surely be an exciting summer of speculation and anticipation of the new battles, challenges, and triumphs to come amongst our most ardent fans.”

These three installments will cost $9.99 each, with the Steam Season Pass which encompasses all the future DLC costing $24.99.