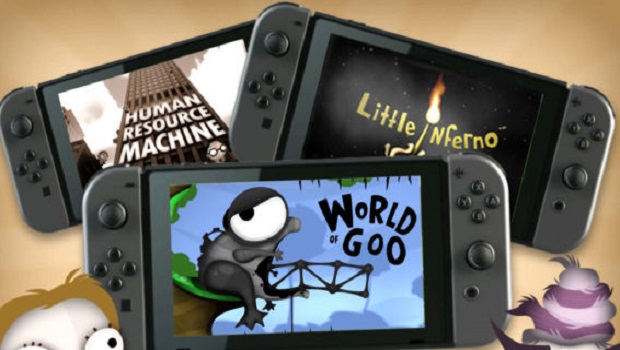 Earlier this week, Tomorrow Corporation announced that three of its titles, World of Goo, Little Inferno, and Human Resource Machine, will be released on the eShop for the Nintendo Switch tomorrow. The news comes as it was previously reported that these games would be released sometime near the launch window for the console.

While not many details have been released for the games, these digital re-releases will come with their respective soundtracks included. Additionally, according to Tomorrow Corporation’s Twitter account, it seems that these titles will utilize the handheld mode, much like last week’s music game, Voez.

@jibaycay @Dashie007 Tomorrow Corporation games require the precision and loving caress that only your sweaty fingers can provide.

World of Goo, Little Inferno, and Human Resource Machine will retail at $9.99 each on the Nintendo eShop. Stay tuned for more news on Gaming Trend.