If you have an iOS device, then you probably know that some great board and card game translations have come to the iPhone, iPad, and iPod touch.  Playdek has brought Ascension and Food Fight to the iOS already, and they have just released a couple of screenshots for the upcoming build of Nightfall.

Nightfall is a deck-building game, but it is different because you draft cards at the beginning of the game so only your deck is capable of containing those cards.  You also chain your cards together using a color scheme that is represented by moons on the card.  When you have four people linking their cards, it makes for some truly interesting gameplay.  It’s unlike any other deckbuilder I’ve seen.

Playdek has done a great job with the games they have done already, so I’m excited to see how well they can translate this game.  If you haven’t played either of the two games they’ve already release, I highly recommend looking into them, especially Ascension. 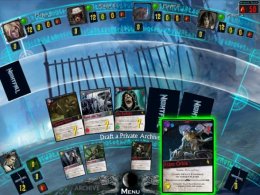 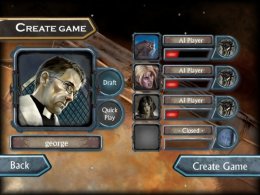 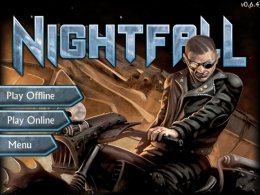