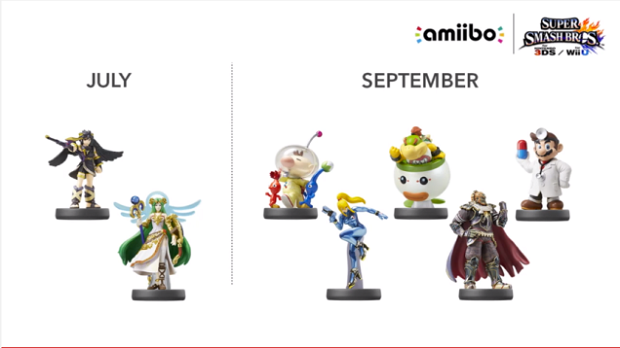 The Splatoon figures, which will be sold in a three-pack, is scheduled launch alongside the Wii U game on May 29th, and unlock new exclusive missions.

Finally, three Yoshi Amiibo will be released alongside Yoshi’s Wooly World, but won’t be figures as they have been previously, instead being made out of yarn. Using any one of them with Wooly World will cause a second Yoshi to appear in the game that will be able to transform into a ball of yarn in order to attack enemies and solve puzzles. These green, pink, and blue Amiibo don’t have a concrete release date, but will launch alongside Wooly World this fall.