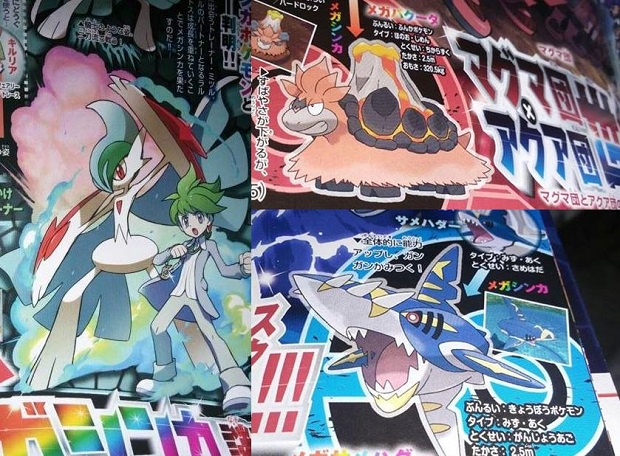 There are three new additions to growing list of Mega Evolutions present in Pokemon Omega Ruby and Alpha Sapphire.

Joining the ranks of Altaria, Salamence, Lopunny and Slowbro are Ruby and Sapphire staples Sharpedo and Camerupt, and Gallade who debuted in Pokemon Diamond and Pearl.

News comes from a leak from CoroCoro magazine, which you can view scans of below:

Pokemon Omega Ruby and Alpha Sapphire were announced earlier this year, and are coming to 3DS on November 21st. Recently, Nintendo confirmed that Secret Bases would be returning to the franchise in the remakes, having been absent the original Ruby and Sapphire on GBA.