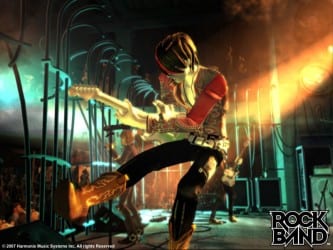 Harmonix announced three new downloadable tracks from the band Evanescence for Rock Band 3. The songs came packaged as the “Evanescence Pack 02” and includes “Everybody’s Fool,” “Lithium” and “What You Want.” Rock Band now features over 3,500 tracks from over 1,400 artists available for purchase.

These three tracks add to the growing library of songs available on the Rock Band Music Store, with new content being added weekly. “Evanescence Pack 01” is also available, featuring the band’s hits “Bring Me to Life,” “Call Me When You’re Sober,” and “Weight of the World”; “Going Under” is available via the Rock Band Network.