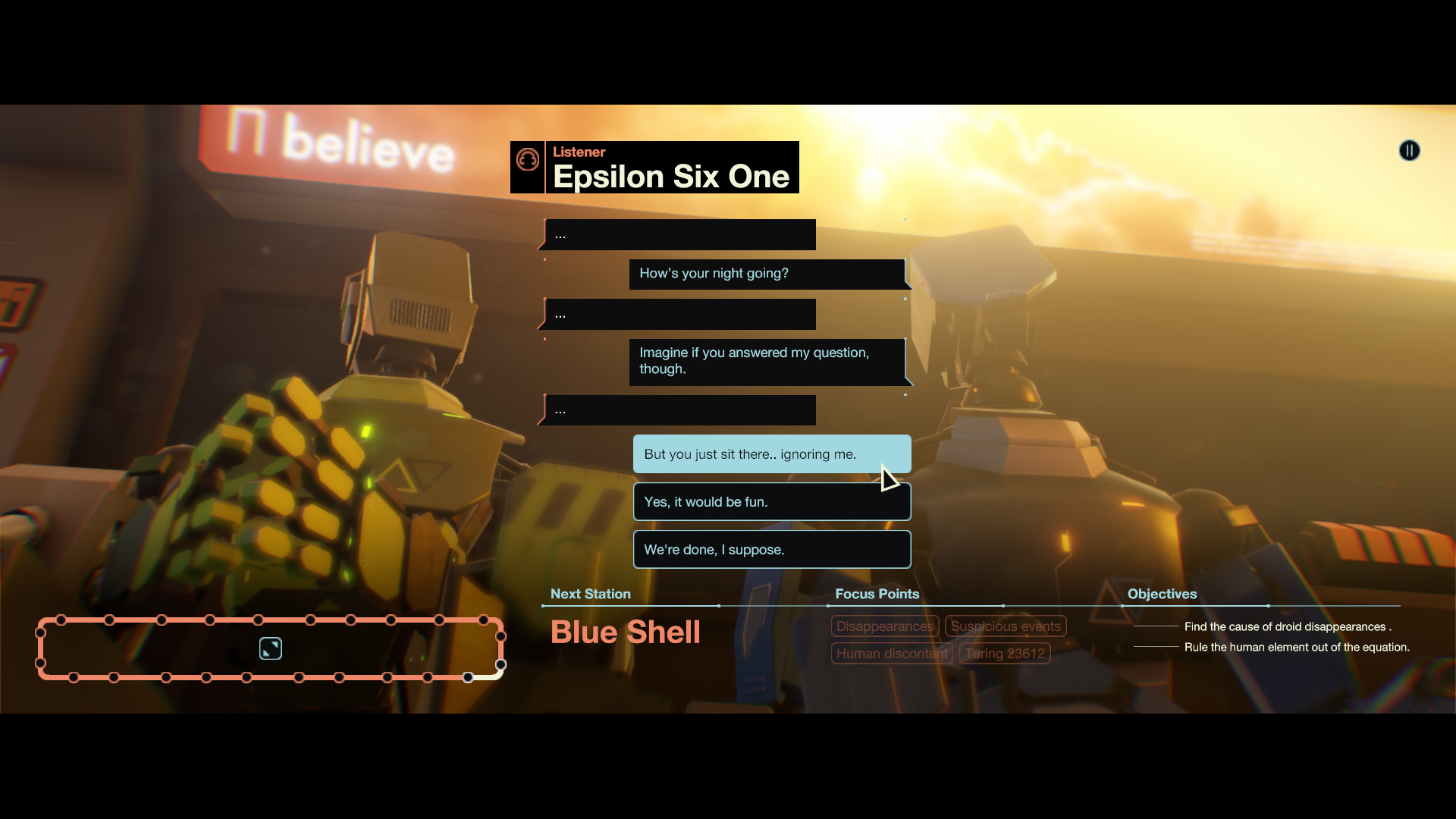 Today, Bithell Games announced that it has released Subsurface Circular on iOS for iPad today. The game, which has been released on Steam previously, is a text-based adventure featuring a colorful cast of robotic characters.

From the development team behind Thomas Was Alone and Volume, the game offers players a compelling short story in which they take on the role of a detective looking for answers on the underground subway, the Subsurface Circular. Inspired by classic adventure games and modern dialogue systems, players must collect words and phrases, then use them in dialogue puzzles to uncover the world’s secrets and determine its future.

Subsurface Circular is available now on PC and iOS for iPad. Stay tuned for more news here on Gaming Trend.