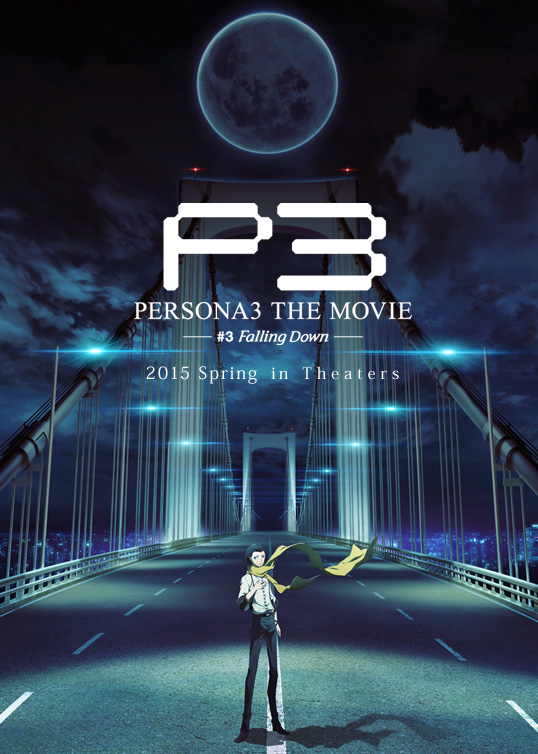 It has been revealed that the third movie in the Persona 3 animated film series will be premiering in Japan in Spring 2015.

Atlus confirmed that Persona 3: Falling Down will be coming to Japanese theaters in the first half of next year. The first two movies, Spring of Birth and Midsummer Knight’s Dream premiered in 2013 and 2014 respectively. Spring of Birth is available now on DVD and Blu-Ray, with Midsummer Knight’s Dream still awaiting release until March 11th. The movie has yet to be localized, but is available to import.

This is only the most recent animated version of the Persona games, with Persona 4 having been made into a full-fledged series in the form of Persona 4: The Animation, which was ultimately localized. The revamped version for the Vita, Persona 4: Golden, was also made into an animated series which recently concluded in Japan.