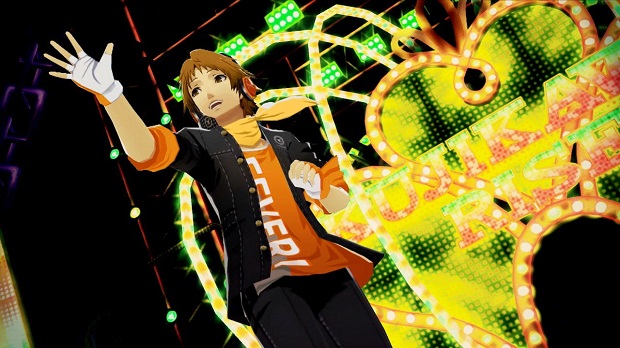 A new trailer for Persona 4: Dancing All Night has been released, and in it Atlus gives a glimpse into the story, and how the series went from turn-based battles into a rhythm game for this spin-off.

Thanks to translations from Siliconera, we now know that Dancing All Night will focus on an online video that plays at midnight, not unlike the Midnight Channel of Persona 4 proper. This apparently leads to the endangerment of several Japanese idols affiliated with party member Rise Kujikawa, and the Investigation Team’s mission to save them…through dance.

Also seen in the trailer are multiple Persona playing instruments, because why not?

Atlus has been showcasing all the playable characters in Dancing All Night with their own spotlight trailers. Most recently, Kanji and Chie have been featured, with others likely to come in the future.

Persona 4: Dancing All Night is coming to the PS Vita in June in Japan, with a North American localization expected later this year.