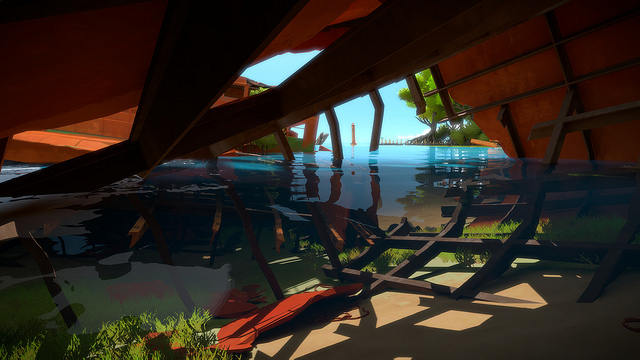 Thekla Inc. has revealed the cast members of its upcoming puzzle game The Witness.

According to a post on the PlayStation Blog, audio logs will be found all around The Witness’ world, but will be handled in what Thekla President Jonathan Blow describes as “a highly non-traditional way.” The cast members that will be heard in these audio logs include Ashley Johnson, best known for her role as Ellie in The Last of Us, Phil LaMarr, who has had roles in Metal Gear Solid and Shadow of Mordor, Matthew Waterson, who performed in The Order: 1886, Halo 5, and Fallout 4, and singer Terra Deva.

While this cast will be lending their voices to the game’s audio logs, Blow tells fans that they shouldn’t expect a narrative like The Last of Us or The Order: 1886 from The Witness, as the game’s story will be “fairly subtle and happens mostly implicitly,” and that players will “really have to explore and read between the lines to know what’s going on.”

The Witness is coming to PC and PlayStation 4 on January 26th, with an iOS launch slated for some time in 2016.