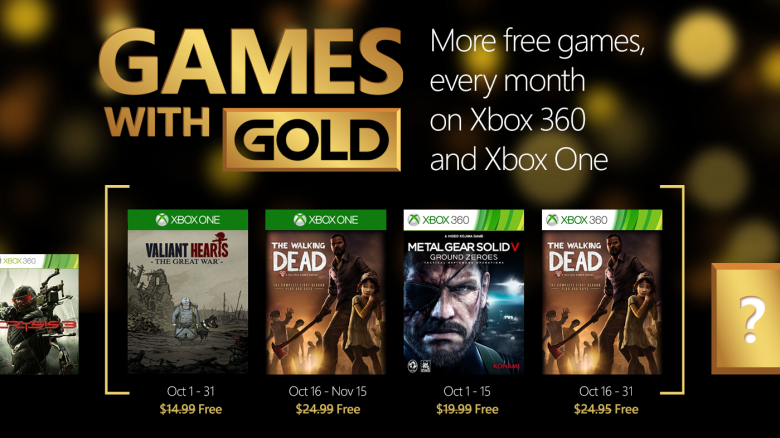 The latest Games with Gold additions bring some great games to Xbox Live Gold members, including a puzzle game, an adventure game, and the prologue to one of the biggest games of the year.

Notably, both Xbox One and Xbox 360 users will gain access to season one of Telltale’s The Walking Dead on October 16th. The Xbox One version will be available until November 15th, while the Xbox 360 version will only last until the end of October.

Alongside The Walking Dead, Xbox One players will gain access to Valiant Hearts: The Great War from October 1st to the 31st, while Xbox 360 fans will be able to download Metal Gear Solid V: Ground Zeroes until the 15th.

As these games become available, last month’s offerings will revert to paid status, so get those downloaded while you still can.