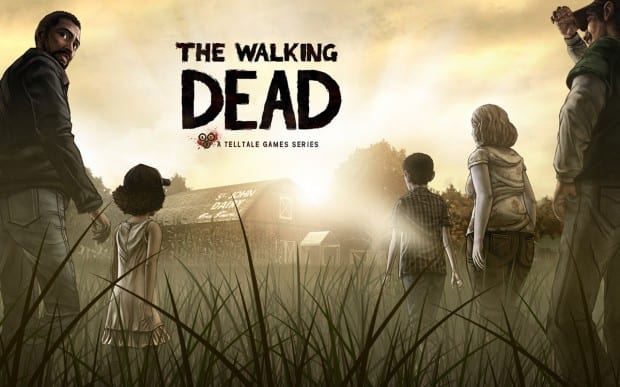 It is a fantastic turn of events in our industry that an episodic title has managed to earn Game of the Year.  Based on the Robert Kirkman graphic novels, The Walking Dead is now also available as a retail pack with all episodes put together.  As the folks at TellTale said, it’s hard to believe that a game that makes you cry managed to win, but having just played through the first episode myself, I can honestly say it may be one of the best written titles of this year.  Amazing work!  Here is a nibble about the title and some of the awards it took home just recently:

Previously only available as a digital download, the retail version of the game series sells for the suggested price of $29.99, and compiles the critically-acclaimed first season of the game, which debuted in April. The series triumphed at the recent 10th annual Spike TV Video Game Awards, taking home Game of the Year, Studio of the Year for Telltale Games, Best Downloadable Game, Best Adapted Video Game, and Best Performance by a Human Female for Melissa Hutchison as the young protagonist, Clementine.

Stay tuned for our full review of the game very soon!  Check out the press release below for all of the details on the PS3 / Xbox 360 retail product below.