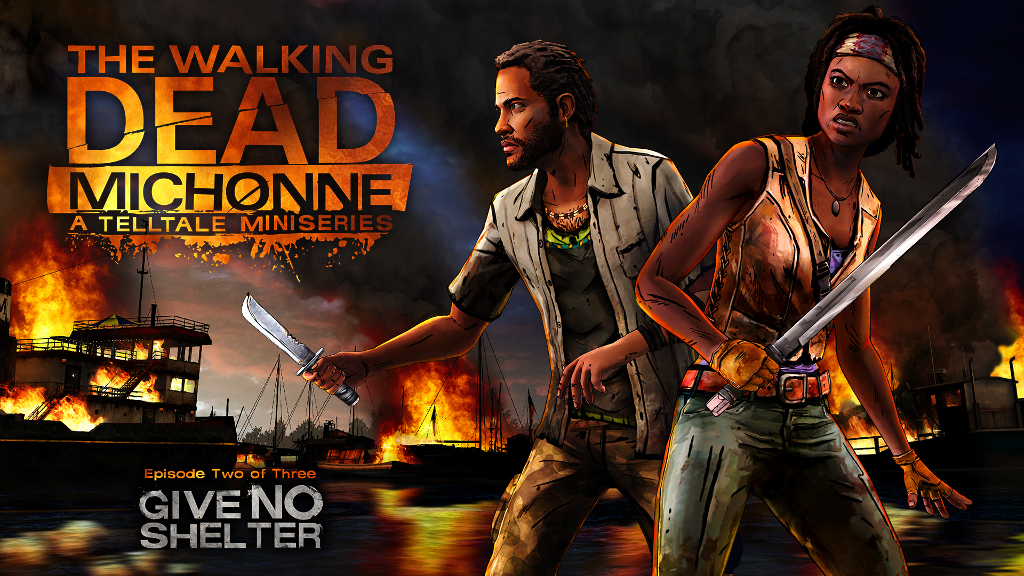 The second episode of The Walking Dead: Michonne has been dated, and will launch on March 29th.

Episode two, “Give No Shelter,” will follow Michonne and her allies as they attempt to escape from a violent settlement they found themselves trapped in at the end of episode one.

In this tense second chapter, a daring escape from the floating colony of Monroe sees Michonne, Pete, and Sam running for their lives. An all too brief reprieve is soon shattered; the leaders of Monroe don’t forgive and don’t forget. With memories of her daughters bleeding ever further into Michonne’s blurred reality, her world is becoming increasingly fractured… just at the point when she’ll need all of her skills to survive.”

The third and final episode of Michonne will launch at some point in April.

The Walking Dead: Michonne is helping to whet fans’ appetites before the eventual third season of The Walking Dead, but little is known about what the new season will entail just yet.

For more on Michonne, check out our thoughts on episode one.