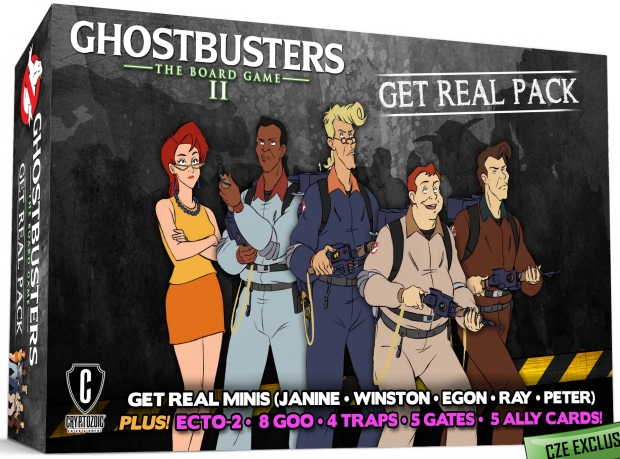 This one’s for the REAL Ghostbusters fans out there! Cryptozoic announced a new add-on to Ghostbusters: The Boardgame II called the Get Real Pack.

The nostalgic upgrade features characters from the classic 80’s cartoon, adding new game pieces for Peter, Ray, Egon, Winston, Janine and even the flying Ecto-2 copter to the board game. Seriously, just try to watch the opening sequence and not smile.

The add-on includes 23 minis inspired by the classic The Real Ghostbusters cartoon as well as Ally Cards that introduce exciting new gameplay elements, and can be added onto a Kickstarter pledge at any level.

The Kickstarter has already funded with most of the Stretch Goals already funded as well.  There’s nine days left, so if you want to get in on it, you have a little time left.