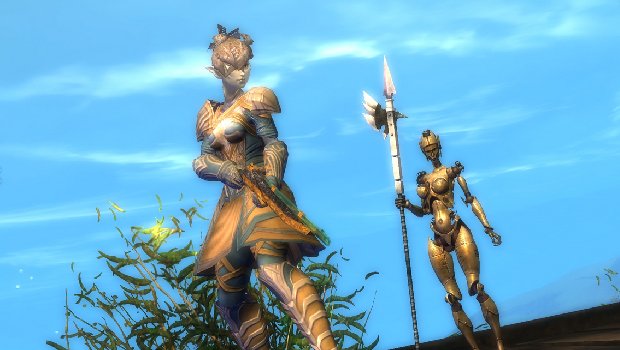 The free content keeps on flowing in Guild Wars 2, and the latest addition is the Queen’s Jubilee! Queen Jennah, overseeing the last holdout of the human race, is celebrating ten years of rule over her kingdom. There are hot air balloons to ride, events to take part in, and even a miniature pet to pick up – the Watchknight, modeled after Jennah’s new mechanical sentinels. There’s no possible way those things will eventually be programmed to go rogue and turn against the kingdom, thus requiring the aid of groups of players to cut them down and put them in there place, is there? Never! But regardless, there’s a whole lot to do and the main Guild Wars 2 site gives a nice rundown of the events and their times.

Guild Wars 2 continues to be one of the better MMOs out there, constantly pumping out huge amounts of cool-looking, fun new content, and doing so for the low low price of free (so long as you actually own the game, anyway.) Along with the event itself comes some nice quality of life additions to the game, such as a wallet that lets players organize all of the various forms of Guild Wars 2 currency into one cross-account location, bonus rewards for dungeons, and more. If you own this game and have taken a break for a while, now’s a good time to jump back in and have some fun.