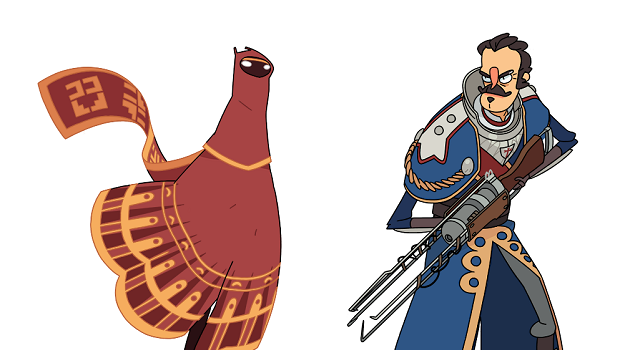 Super Time Force Ultra is coming to PlayStation 4 and Vita soon, and a couple more PlayStation Exclusive characters have been announced as playable for the versions on Sony’s platforms.

Along with Sony’s own Shuhei Yoshida, both the Traveler from Journey and Sir Galahad from The Order: 1886 have been confirmed as playable on the PS4 and Vita versions of Super Time Force Ultra. All three guest characters will be getting exclusive Trophy challenges required to gain the game’s Platinum trophy. You can see all three characters in action in the video below.