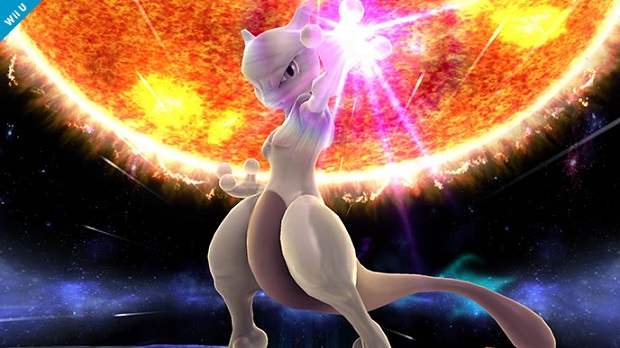 Nintendo has started showing off the Mewtwo amiibo figure at San Diego Comic-Con.

The company had already announced that every character in Super Smash Bros. for 3DS and Wii U would be made into an amiibo, but this is the first time Mewtwo’s has been seen in the wild, as it was not on display at Nintendo’s booth at E3.

Mewtwo was the first of four DLC characters to be added to Super Smash Bros. for 3DS and Wii U’s roster, and has since been joined by Lucas, Ryu, and Roy, each of which will be getting their own amiibo at some point down the line.

Amiibo figures are used to unlock in-game content in several of Nintendo’s games, but not everyone is happy with the way the company has been rolling the toys out.