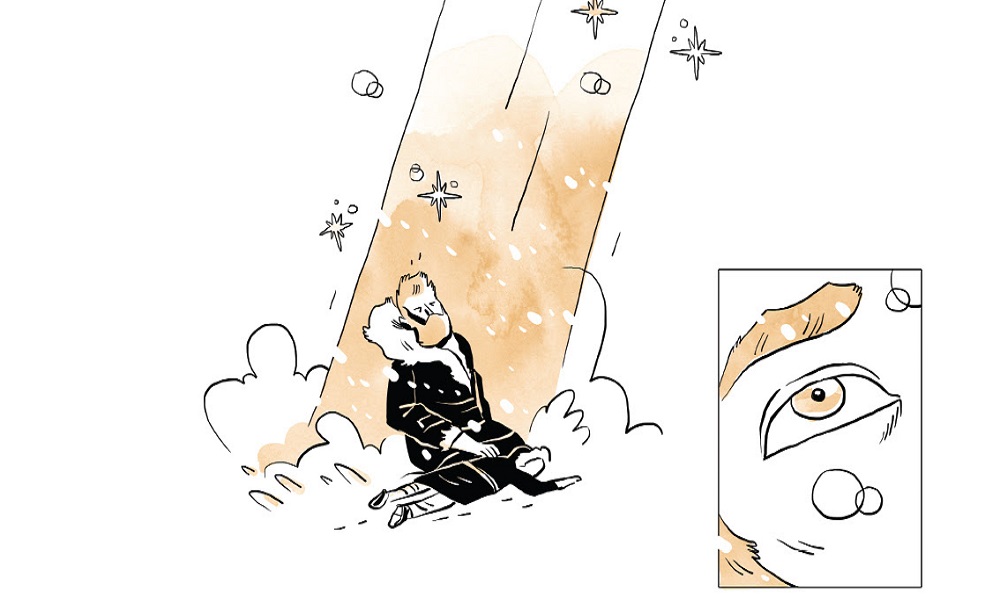 Yesterday, Boom! Studios announced that it will publish the original graphic novel A Girl in the Himalayas next April through its Archaia imprint. The title, illustrated by David Jesus Vignolli, aims to tell a heartwrenching story dealing with the themes of inequality, love, and the chaos that resides in human hearts.

In A GIRL IN THE HIMALAYAS, beyond the peaks and valleys of the Himalaya mountains lies a magical sanctuary that is home to immortal beings and mystical creatures. It’s a realm protected from the chaos of man. But when a young human, Vijaya, is brought into the sanctuary for her protection, the immortals fear her presence may lead to their ruin. While Vijaya makes new friends and sees wonders beyond her wildest dreams, mankind draws ever closer to the sanctuary’s borders. To protect her friends and earn her place, Vijaya will have to prove that there is more to being human than the violence her new family fears beyond their borders.

“I imagined how a small girl who got lost in the mountains would feel and what kind of adventures she could have,” says Vignolli, who has traveled to the Himalayas. “A GIRL IN THE HIMALAYAS for me is a story of empowerment about a girl who wants to find her place in a world full of challenges and danger. It’s about losing a home and finding a new one; it’s about fitting in, being accepted by the group. But it’s also about remaining truthful to oneself. I hope the reader will dive in into this strange world and won’t want to leave it after the last page.”

A Girl in the Himalayas will be released April 2018. Stay tuned for more comic news here on Gaming Trend.