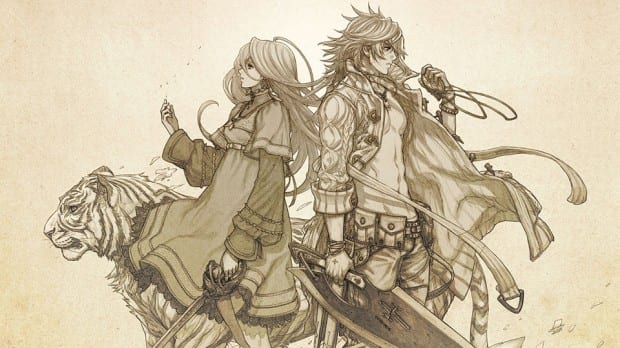 The last few years of the Nintendo Wii has seen a veritable famine of quality titles as Nintendo and other third-party companies began ramping up their Wii U development. So, it’s no surprise that when Nintendo finally gave the go-ahead to XSEED Games to publish Hironobu Sakaguchi’s latest epic RPG The Last Story it would be met with both critical and commercial success. Sales have been so good that the game has been largely out-of-print, save for a few stragglers in brick-and-mortar shops around the country (even Amazon has it listed at almost $10 over list price), so XSEED is re-releasing the game at lower price of $29.99, sans the custom box and art book.

XSEED Games, an independent-minded publisher, is pleased to celebrate the success of its hit action RPG, The Last Story, by announcing that it is releasing an all-new standalone version of the Wii™ exclusive, which started shipping today to select retailers throughout North America at an MSRP of $29.99. In addition to this new standalone game package, any remaining copies of the premium launch units at retailers, which included a bonus 44-page softcover art book packaged together with the game in a custom outer box, are now available for $39.99.

“The Last Story has been an amazing title for XSEED Games and it has become our most successful title to date,” said Ken Berry, Executive Vice President at XSEED Games. “This is a must have title for RPG fans, and we’re looking forward to more players discovering the magic that lies in Lazulis Island.”

I’m glad the game did well for them; after months of fans shouting for some good RPGs for their dust-gathering Wiis, Nintendo took a risk and brought The Last Story, along with Xenoblade Chronicles, to America and it seems to have have paid off. Releasing good game and people go buy them; funny how that works out. No word on exactly when copies will be showing up to retailers, just that they’ve “started shipping today” and should show up within the next few days. If you haven’t picked up a copy yet, do it. It’s fantastic and it’ll work just fine on your shiny new Wii U.