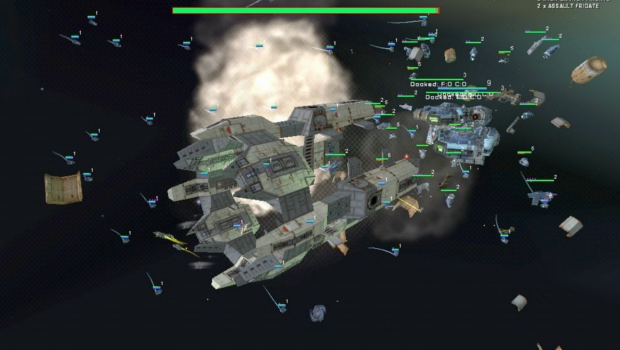 Last month, indie developer teamPixel launched a Kickstarter with the intent of acquiring the Homeworld license from now-defunct THQ. It was a valiant effort – teamPixel managed to raise just under 60k in order to throw in a bid on the game – but while they managed to qualify as bidders, at the end of the day they weren’t able to seal the deal. Naturally this means that everyone who threw money into the bid project will be getting a refund. Those of you who did throw in money for this effort, be sure to track your refund so you can see what’s going on with getting your money back.

Even if the the license purchase attempt failed, this really stands out as not just an admirable move, but an interesting one. Kickstarter at this point has been used to fund a wide variety of successful projects, but this is the first time I recall anyone attempting to use it to straight up acquire a popular license. Even if they were outbid, being just shy of 58k is nothing to sneeze at. This would be an interesting step towards breathing life into otherwise old but inactive intellectual property.