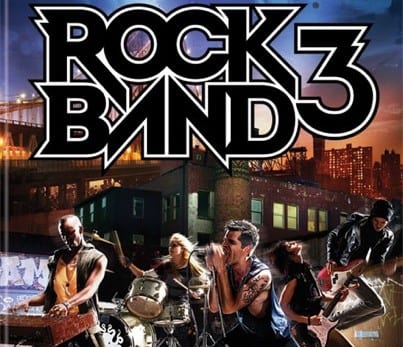 “Three Days Grace Pack 01” kicks off with the band’s debut single, “I Hate Everything About You,” from their 2003 self-titled record.  The pack is rounded out by “The Good Life,” the second single off the band’s Life Starts Now from 2009, and its smash hit “Pain” from 2006’s One-X. A Pro Guitar/Bass upgrade will be available for “Pain” for those looking to dive deeper into the music using Rock Band 3’s innovative notated guitar and bass mode with the Fender™ Mustang™ PRO-Guitar™ by Mad Catz®, or the Rock Band 3 Squier® by Fender Stratocaster® Guitar Controller.

According to the Rock Band website news cover on the addition to their downloadable content library, Three Days Grace is one of the top requested artists from the “Rock Band Dashboard Facebook App Community Wishlist”. Of course, what the community wants, the community gets.

So, if you are a Rock Band fanatic and Three Days Grace isn’t your style, check out the app and start putting in your request for your favorite band. For those who voted in favor of Three Days Grace, look for the content in a few days, on the 13th.