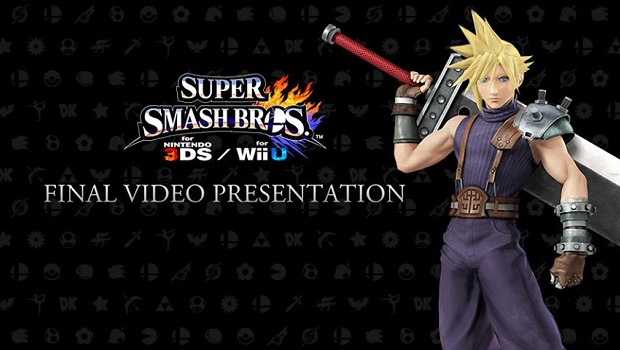 Nintendo will be holding the final Super Smash Bros. Direct next week.

At 2pm PST on Tuesday, December 15th, fans will be able to tune in and see a new look at Cloud Strife, who was announced as a downloadable character last month, as well as other announcements related to the crossover brawler.

As this is the last Nintendo Direct dedicate to Smash Bros., it is likely that the last bit of content Nintendo plans to release for the game will be shown off during this presentation.

Super Smash Bros. for Wii U and 3DS launched last year, and has since received regular content updates, with new characters like Street Fighter’s Ryu and Pokemon’s Mewtwo, as well as additional stages from various Nintendo platforms.