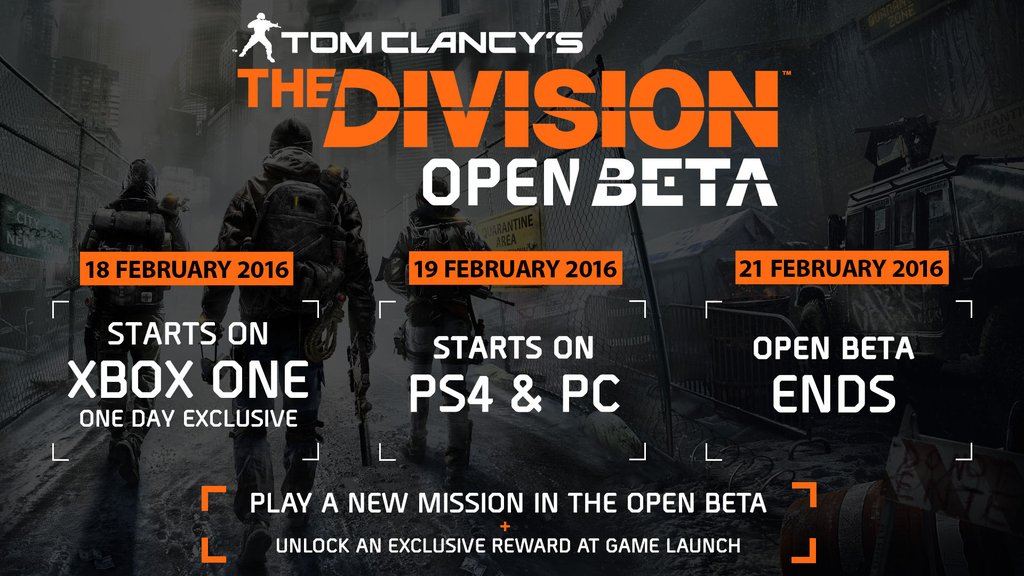 The Division’s closed beta has concluded, and Ubisoft is now opening it up for the public.

Next week Xbox One players will be able to access The Division’s beta beginning February 18th, with PC and PlayStation 4 joining in on the next day. The beta test will end on the 21st, and will include everything that was present in the closed beta last month, as well as a new story mission. Those who participate in this beta phase will receive an in-game reward when the full game launches, but Ubisoft didn’t confirm specifics on what players would be earning.

The Division is coming to PC, PlayStation 4, and Xbox One on March 8th. For more on the game, check out our latest preview.