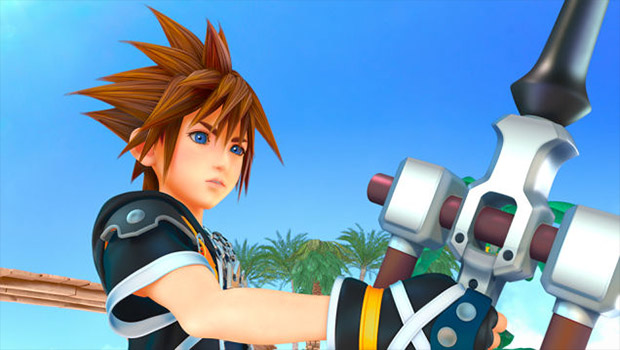 Tetsuya Nomura doesn’t seem to be in a very good place at the moment and is channeling some of that anger towards the next game in the series. In the recent Memorial Ultimania book released alongside Kingdom Hearts 2.5 HD Remix in Japan this week, the upcoming game’s director had some interesting things to get off his chest. Twitter user @sqexgal translated the comments on sqex.ino:

If I had to pick, I am a person more on the dark side like Xehanort and co., I harness the burning anger in my heart into what I create. Kingdom Hearts III’s current development explodes very much in this sense. Each time, it’s a battle with Sora and co. who are the exact opposite of myself, it’s been over 10 years and yet we haven’t reached a conclusion.

This battle will surely last longer.

In Kingdom Hearts III as well, I am scheming many challenges that Sora and his friends must overcome, because I myself cannot lose either. And in preparation for the great battle that lies ahead, we have this one book that looks back on their entire journey.

When I think about it, I had an explosive mindset when I made the first Kingdom Hearts as well.

Thus when I look back at all the material, I feel that fever again. Fans who will continue the journey so far alongside Sora and his friends will also recall their own feverish enthusiasm. With that passion, we will not lose to darkness, and Sora’s journey will continue onwards.

The journey still continues, but I would be overjoyed if you stuck with us until the very end.

If you’re wondering what’s fueling that “burning anger” that would lead the developer to compare himself to Xehanort, it might have something to do with the unexpected news 2 weeks ago of his departure as FFXV’s director and Square Enix handing the job to Hajime Tamata. Which leads some to speculate that the sudden change in management may have been forced and against his wishes, but it’s still just speculation.

Kingdom Hearts III is scheduled to be released on both The PS4 and Xbox One. Square Enix has yet to announce a release date.