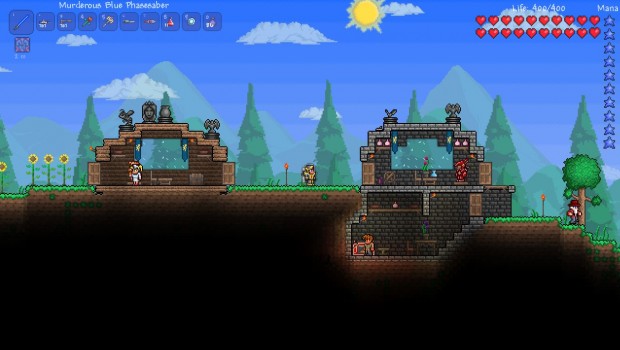 If you’ve never played Terraria, you might be forgiven for thinking it was simply a 2D Minecraft knockoff–but you’d be wrong. Terraria has a much bigger focus on combat and exploration than Notch’s magnum opus.  Its charming world is full of surprises, treasure, and ferocious monsters–and it’s only getting fuller.

After a long hiatus, Re-Logic are back and they’ve brought some huge changes with them. Terraria is getting over 1000 new items, 8 new NPCs, 100 new enemies, even new building materials. If you’ve ever needed a reason to get back into cave-diving and mass excavation, the new patch is about as good as you’ll get.  Check out the full patch notes here, then get digging!