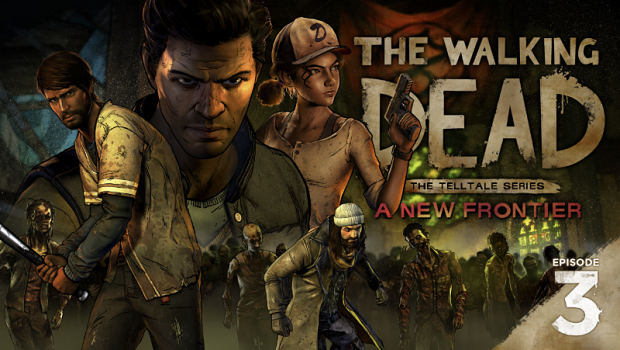 After the two-part season opener, Telltale Games has released a trailer for episode three of The Walking Dead – A New Frontier. Entitled “Above the Law”, players will continue to follow Javier and Clementine’s struggles between themselves and other survivors while powering through threats of the undead. The episode will be released on March 28 for the PlayStation 4, Xbox One, PC, and smartphone devices.
After the events of Ties That Bind: Part Two, Javier struggles to find a role in his newly reunited family. Meanwhile, tension within the walls of Richmond grow; will Clementine and the rest of the group turn against Javier?