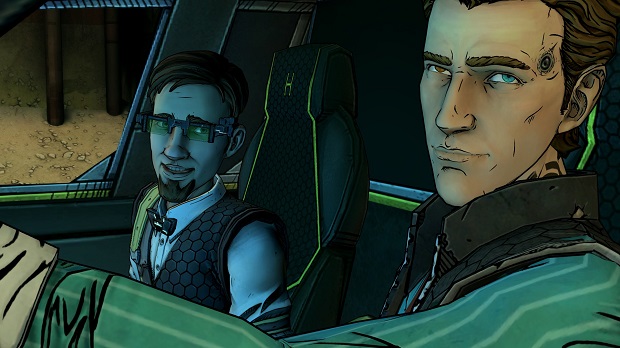 TellTale has released some new art for Tales from the Borderlands’ second episode titled “Atlas Mugged.”

The art features co-protagonists Rhys and Fiona, as well as a character they met at the end of the game’s first episode, Zer0 Sum. Check out the art below, but there is a bit of a spoiler seen in it for those who haven’t finished the first episode yet.

TellTale will be holding a panel about Tales from the Borderlands at PAX East on Sunday, March 8th that will feature the voices of Rhys and Fiona, Troy Baker and Laura Bailey. The studio may be planning to announce “Atlas Mugged’s” release date at the event.

For more on Tales from the Borderlands, check out our impressions of the game thus far.