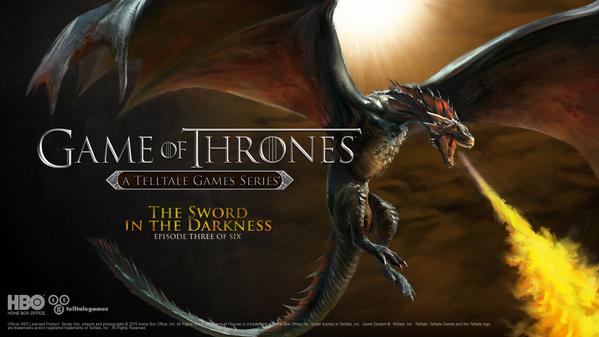 TellTale is teasing the third episode of its Game of Thrones adaptation called “The Sword in the Darkness.”

The developer has posted a teaser image on its Twitter that hint at the presence of dragons in the next episode. “The Sword in the Darkness” has no concrete release date, but TellTale’s Job Stauffer is hinting that it could be released sometime in the month of March. Stauffer implies that the studio is going to be releasing two episodes in one month, including Tales from the Borderlands’ “Atlas Mugged.”

For more on Game of Thrones, check out our impressions of the latest episode.